When I had been visualizing this film I pictured the ball as red.  Maybe that’s because I have red hair and I saw myself as the ball?  Basketballs are orange.  The rubber dodgeballs we used in elementary school were red too. So, it was definitely going to be a red ball.  But, at the last second I switched my mind and used a blue pencil.

I had written the ball to be a boy.  So, using blue helped to suggest that.  Also, red is an aggressive color and it would be better suited to the lumbering cubes that would torment my little protagonist.  I also knew that the ball would need to blush.  How does a red ball blush?  On the other hand, blue could easily shift to purple and even red in anger.

Eventually the ball would be rendered as a three dimensional shape and the lighting would prove to be a huge can of worms. 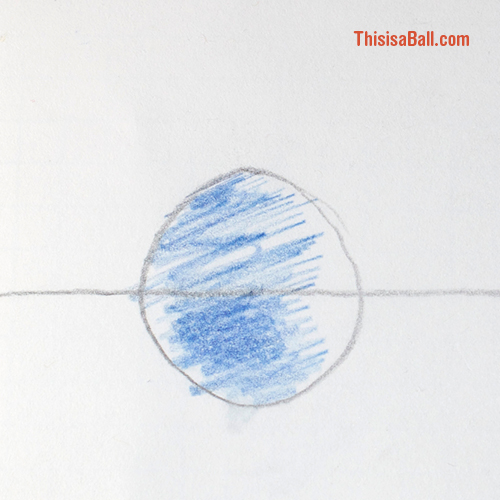