At the end of the first shot I wanted the ball to exit on the right side of the screen.  This caused more headaches than it should have.

In film theory the right side of the screen is often viewed (or felt by the audience) as being the open and unknown side of the screen due to our western method of reading from left to right. In the history of western cinema characters often leave “home” by traveling in this direction.  When they return they often travel to the left side. (In Asian cinema this screen is often reversed.)

2001: A Space Odyssey has many great examples of this, specifically when Bowman leaves the spaceship to collect his fallen cremate Dr. Poole.

Well, now my problem… While my first render follows the color scheme I had developed it felt dark and the background distracting. While I really liked how some of this looks it wasn’t working for me overall.  Was I wrong? Share a comment and let me know.

Because we are conditioned to expect north to be on top I had placed the sun to the right, or the east.

As we know from my last post, I wanted the sun to rise and set during the duration of the film.  Since I had decided to have the ball travel screen right during the film this would mean that instead of walking off into the sunset in my last shot, the sun would be shining on his back. This doesn’t have the same romantic look. Trust me. I tried it. 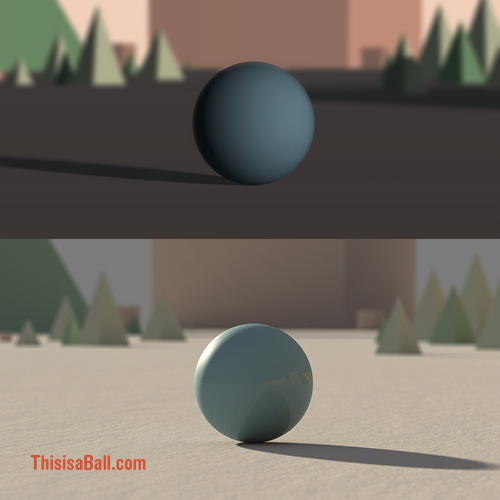 The original placement of the sun on top.  Final shot on the bottom.

After I revised the colors, I moved the sun to the left side of the screen. 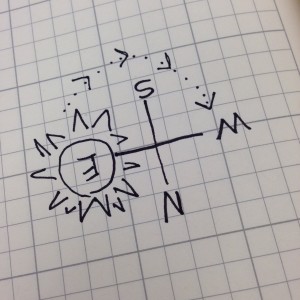 Flipped 180 degrees, the sun still rises in the east and sets in the west.  Since this is the first shot I wanted to make it clear that this was a sunrise, not a sunset.  To communicate this, I made the colors cooler. I also backlit the ball because if you live north of the equator the sun travels along a southerly path.  So, I guess the movie takes place in the northern hemisphere!  This also helped to make the opening colder and less emotional. Hopefully this will contrast the warm romantic sunset that concludes the film. 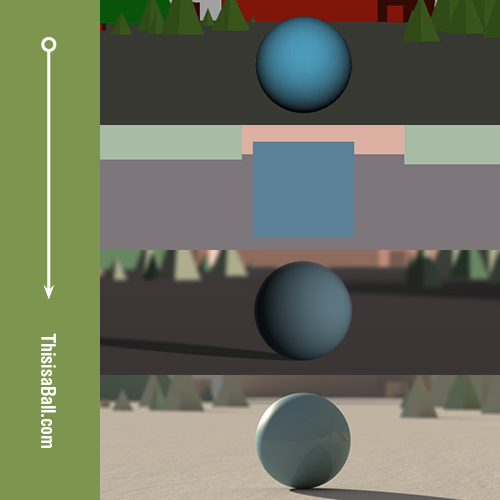